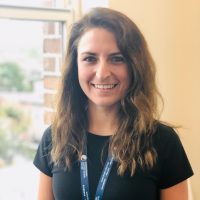 Maria is a Data Analyst & Project Manager on the Epidemiology team. She works on the Pneumococcal Serotype Replacement and Distribution Estimation (PSERENADE) project, which aims to summarize and assess the impact of higher valency pneumococcal conjugate vaccines (PCVs) on invasive pneumococcal disease (IPD). Her work on the project focuses on describing the distribution of serotypes causing IPD in the setting of mature PCV10/13 programs, and on describing the change in that distribution compared to the pre-PCV era. Maria received her MSPH in Global Disease Epidemiology and Control from the Johns Hopkins Bloomberg School of Public Health and her BSPH in Public Health and BS in Neuroscience from Tulane University.