Commentary: The new typhoid conjugate vaccine marks the dawn of a unique beginning

The news on the pre-qualification of Typhoid Conjugate Vaccine (TCV) by the World Health Organization on January 3rd, 2018 and endowment by Gavi have dawned a unique beginning for the entire field of public health. For the first time, a vaccine has been prequalified by WHO that is only needed in the routine immunization programs of of low and middle- income countries in South Asia and Africa.

My team and I have been working on meningitis and pneumonia for the last several decades to generate evidence and facilitate the introduction of vaccines against Haemophilus influence type b (Hib) and Streptococcus pneumoniae – two devastating organisms that affect children under 5 years of age in developing countries. When both vaccines were introduced in Bangladesh, we were proud but not satisfied. Much to our surprise, during all our surveillance studies, typhoid always emerged as the largest fraction of all invasive bacterial diseases, in spite of the fact that we were not even looking for it. Typhoid, then, was so neglected that it did not even make it to WHO’s list of neglected diseases. Quite rightly, John Maurice wrote in 2012 “Whoever invented the phrase ‘out of sight, out of mind’ must have been thinking of typhoid fever” (Lancet, 379(9817):699-700).

Historically, three countries of South Asia, Bangladesh, India and Pakistan, were assumed to bear the largest burden of typhoid. However, extended surveillance studies in recent years have elucidated its true burden in South Asia and several countries in Africa, which has changed the color of the world map on typhoid burden. Generation of such evidence incentivized overcoming the inertia and brought about the much needed momentum and energy to talking about typhoid. 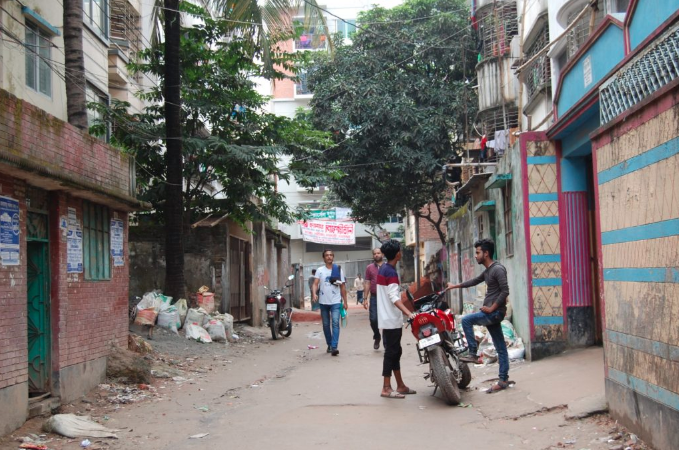 There are a few ways of treating and preventing typhoid: through use of effective antibiotics, through improvement of water supply, sanitation and hygiene (WSH) systems and through vaccines. With rising antimicrobial resistance, antibiotics are becoming less effective; improvements in WSH worked well in developed countries, but comes with an exorbitant price tag in any low- and middle-income nations. It is expensive and challenging enough to provide every family with a constant water supply in a developing nation, and supplying water that is safe comes only after that. So, a vaccine is really the lowest hanging fruit. There have been vaccines for typhoid for decades in the market, but none of them elicit immunity in young children, and consequently, these vaccines did not gain popularity even in the pro-vaccine countries like Bangladesh. The delay in the initiative in investing on a conjugate vaccine was mainly due to a belief that typhoid is not very common among young children. However, there is substantial evidence now to contradict that claim.

The decision of WHO for recommending the introduction of TCV in typhoid-endemic countries was a very pleasant surprise for all of us living the developing world with high prevalence of typhoid. We did not expect anyone to invest on typhoid as it is the “disease of the poor” and the associated possibility of market failure. Throughout my entire life working as a microbiologist, I observed that 3 out of 4 blood cultures isolates in the community was Salmonella Typhi, the causative organism of typhoid, and yet it went disregarded as a high burden infectious disease.

For introduction of any vaccine there is the need of collaboration between multiple groups, for example between donors, industries and the policy makers. Without their willingness and contribution, vaccines do not reach the population who needs them the most. I truly appreciate Bharat Biotech for taking up the initiative to invest on TCV even when the company was uncertain about the appetite for such a vaccine and a market that can pay for it! Now that it is pre-qualified by WHO, Gavi, without delay, declared a 85 million dollars funding for the availability of TCV for low middle-income countries.

Lest we forget, it is not a vaccine that prevents disease, it is vaccination that does; the journey has just begun and many obstacles are to be overcome. We have the data, we have an effective and safe vaccine pre-qualified by WHO and we have commitment of support from Gavi for its introduction. While the wheels have started rolling, it is now time for respective countries and policymakers to seize this opportunity, come together and play their roles to ensure that this vaccine reaches the children in need.  Researchers and scientists need to present their data convincingly and persuade the policymakers to institute the right combination of policy changes on the ground, accounting for limited resources and competing priorities.

Going forward, vaccination is not the end of the story either. We need to continue surveillance to measure the impact of TCV introduction on typhoid burden and the improvement of the overall health system. It will be vital to keep a closely monitor the behavior of the distant cousin of Salmonella Typhi, Salmonella Paratyphi, during the post TCV period. I urge that industries do not decelerate their effort on development of a bivalent vaccine that can prevent diseases by both these pathogens. Finally, I see one last but big challenge – the countries that need TCV the most, also has large birth cohorts and therefore will severely test the capability of only one industry to provide with uninterrupted supply of this vaccine to all countries in need. I hope, together we can encourage more industries to consolidate and produce more to ensure that countries in South Asia and Africa do not suffer from deficits, which can jeopardize the momentum of this whole campaign.

We, Bangladeshis, like any other low middle-income countries, usually receive a vaccine after 20-25 years of its introduction in the developed world – pneumococcal vaccines took 20 years and Hib vaccine took 25 years to travel here. This is the first time that a vaccine will be FIRST introduced in a country where it is needed the most. Its introduction will be a huge public health triumph. My heartfelt thanks to Bharat Biotech, WHO, Gavi and BMGF, for creating this opportunity. We are waiting keenly to watch the uptake of this vaccine and its impact on improvement of survival and wellbeing of children and getting one step closer to achieving Sustainable Development Goals. 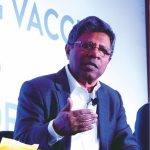 Samir Saha, MSc, PhD, Professor and Head of the Department of Microbiology, is also the Executive Director of the Child Health Research Foundation at Dhaka Shishu Hospital in Dhaka, Bangladesh.  Dr. Saha leads several infectious disease studies – with a focus on Hib and pneumococcus – which have contributed to a better understanding of the burden, drug resistance and epidemiology of major childhood diseases. He is a member of both the National Committee for Immunization Policies of the Government of Bangladesh and the World Health Organization’s Technical Working Group for Vaccine Preventable Diseases Surveillance Network. His passion has been working with limited resources and gradually building capacities, and as a tireless advocate for child health, he has leveraged the scientific knowledge he has helped to generate to buoy and sustain national political will around immunization in Bangladesh.