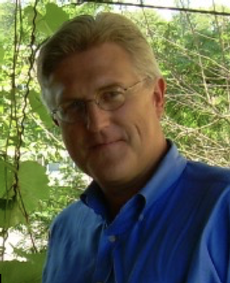 W. Courtland Robinson has worked in the field of refugee and migration programs and policy since 1979, both in the United States and internationally. He received his PhD in Demography from the Johns Hopkins Bloomberg School of Public Health in 2004 and is an Associate Professor in the Department of International Health, Health Systems Program with a joint appointment in the Department of Population Family and Reproductive Health, and is also core faculty with the Center for Humanitarian Health. His research interests have focused on populations in migration, whether displaced by conflict or natural disaster, or in the context of migrant labor and human trafficking. Since 2010, he has been involved in the estimation of prevalence of, and risk factors associated with, labor trafficking, forced labor and forced marriage in East and Southeast Asia. He also is involved with a variety of projects around the world, measuring demographic characteristics of populations affected by disaster, humanitarian emergency, and displacement.

Paul A. and Esther C. Harper Award in Population and Family Health Sciences (2004)

My research interests focus on populations in migration, whether displaced by conflict, natural disaster or widespread human rights abuse; or in the context of migrant labor and human trafficking. Interests include: • Population-based surveys of marginalized and mobile groups • Impacts of migration and displacement on physical and mental health • Mortality studies applying demographic principles in field settings • Access to health care and health systems among displaced and migrant populations • Operations research in complex emergency and crisis settings • Health and protection policies for refugees, displaced persons, migrants and survivors of human trafficking