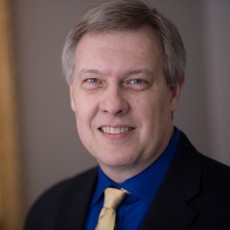 Arthropod-borne diseases are responsible for enormous amounts of morbidity and mortality world-wide. Research in my laboratory is focused on genetic diversity within, and the genetic structuring of, arthropod and arthropod-borne pathogen populations. This research helps identify which arthropod populations may be important for disease transmission and which pathogen populations may be responsible for causing disease. The genetic information gathered in these studies also aids in the understanding of the evolution and genetic constraints of these vector-pathogen systems and may provide insight into how these cycles of disease may be disrupted. Current research activities in the laboratory are focused on malaria in Southern and Central Africa, Lyme disease, Rickettsia and other tick-borne bacteria in the Eastern United States, and dengue, yellow fever and Zika in South America. We are also working on novel trapping and surveillance technologies for vector-borne pathogens.

2010-2011          President, Medical, Urban and Veterinary Entomology Section of the Entomological Society of America

2005-2006 President of the Acarological Society of America

Our publications represent the work conducted in the laboratory, so tend to be quite varied. Below are five of our most recent research publications.