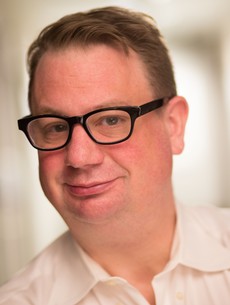 Since joining the faculty at Hopkins, Dr. McGready has split his time between research collaborations  and statistical education. He is the primary instructor for “Statistical Reasoning in Public Health I and II" taught both on campus, and on line, and an instructor for “Statistical Methods in Public Health III " .  He is the co-creator and instructor of intensive data analysis workshops offered in the School's Summer Institute of Epidemiology and Biostatistics.Dr. McGready is also actively involved collaborative research.  His efforts include/have included collaborations with Department of Health Policy and Management at Johns Hopkins, the Johns Hopkins University School of Medicine, Anne Arundel County Medical Center, Greater Baltimore Medical Center, and Johns Hopkins Healthcare.Dr. McGready's research interests include:

In 2001, 2004, 2008, 2012, and 2016, Dr. McGready was awarded a Golden Apple Award for excellence in teaching by the on-site student body. In 2001 and 2005 he received the Teaching Award for Excellence in Distance Education, as voted upon by distance education students. In 2010 he received the ASPH/Pfizer Early Career Award for Teaching Excellence, and the Outstanding Teacher Award given by the Teaching Statistics in Health Sciences section of the American Statistical Association.Prior to coming to Hopkins, Dr. McGready served as a quantitative policy analyst, focusing on criminal justice policy in the United States (federal and state levels). Previously, Dr. McGready also taught high-school-level math in Washington, D.C., and worked as a health care data analyst for Healthcare Investment Analysts (now HCIA/Sachs).

1996 Teaching Assistant of the Year, Harvard School of Public Health.

Thank you for your interest: here are some highlights from my publication record.