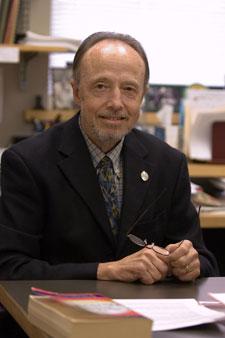 Dr. Yager is an expert on the mechanisms of estrogen carcinogenesis. Dr. Yager’s ongoing research is focused on investigating mechanisms by which endogenous estrogens and their metabolites and environmental chemicals with estrogenic activity (xenoestrogens) contribute to the development of “spontaneous” breast cancer with the goal of developing strategies for assessing genetic and environmental risk factors and for prevention. His research on estrogen carcinogenesis has been continuously funded through grants from the US National Institutes of Health (NIH) since 1978. He is the author or co-author of over 200 publications, book chapters and abstracts and has trained a numerous doctoral and postdoctoral students. Dr. Yager has served on a variety of research-related advisory boards and review panels, including various NIH grant, program project, center and doctoral training program review panels. He served on the National Academies of Science/National Research Council Committee on Toxicity Testing and Assessment of Environmental Agents which published two reports, the second of which presented a new, innovative paradigm for the toxicity testing process in the context of risk assessment. Dr. Yager is also on the editorial boards of several scientific journals.

As the senior associate dean for academic affairs from July 2000 - June 2013, Dr. Yager was responsible for overseeing, facilitating, and coordinating existing, and development of new academic, training, and continuing education programs in the School of Public Health. Dr. Yager oversaw the School’s large, highly rated on-line education infrastructure and programs. Working with members of the School’s faculty, he was instrumental in facilitating the development and funding of the School’s Open CourseWare program, which provides the free availability of the content of over 100 of the School’s courses to individuals throughout the world who desire access to this knowledge for self-improvement, use in teaching, or use in their professions. Individuals from over 120 countries now visit the School’s OCW web site. He was influential in facilitating development of the School’s partnership with Coursera, a company that offers Massive Open Online Courses (MOOCs) at no charge. Faculty currently offer 16 courses and enrollments have now exceeded 500,000. In collaboration with faculty and the Pan American Health Association, Dr. Yager facilitated development of a novel internet-based certificate program in Spanish titled “Certificate Program in Epidemiology for Public Health Managers”. Eight cohorts of 30 students from various countries in Central and South America have completed this 8-month highly successful customized certificate program. A consortium of Latin American institutions along with the Bloomberg SPH now participate in this program which serves as a model for training and capacity building of public health professionals in developing and developed countries. Dr. Yager was an Association of Schools of Public Health representative on the Council of Education in Public Health (CEPH), the body that accredits schools and programs of public health in the United States and internationally from 2004-2009, and was president of CEPH in 2009. In 2010, Dr. Yager was the recipient of the Ernest L. Stebbins Faculty Award recognizing exceptional contributions to the development of educational programs throughout the school.

The publications listed below are selected from the more recent.