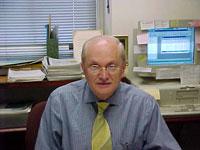 Dr. Szklo has been interested in both the natural history and the etiology of cardiovascular diseases. He was involved in a total metropolitan Baltimore study of the prognosis of patients with acute myocardial infarction, and was one of the first investigators to clearly demonstrate on a population-wide basis the prognostic importance of non-Q infarction, particularly relevant to the assessment of subclinical cardiovascular disease

Dr. Szklo was principal investigator for the Hopkins field center (based in Washington County, Maryland) and chairman of the Steering Committee of the Atherosclerosis Risk in Communities (ARIC) study from 1986 through 2000, in addition to acting as its editor for internal review of manuscripts. He was principal investigator for the Multi-Ethnic Study of Atherosclerosis (MeSA) from 2000-2010 and is currently the chair of its publications commmittee. From 1988-2019 he was the editor-in-chief of the American Journal of Epidemiology. Since 1983 he is the director of the Johns Hopkins Bloomberg School of Public Health Summer Institute of Epidemiology and Biostatistics.

1979 "Golden Apple Award," presented by the Student Assembly of the Johns Hopkins University School of Hygiene and Public Health, for excellence in teaching.

1996 "Golden Apple Award," presented by the Student Assembly of the Johns Hopkins University School of Hygiene and Public Health, for excellence in teaching.

2015 Awarded the title of Commander of the Brazilian Government for his contributions to Brazilian Public Health 2018 The Johns Hopkins University Distinguished Professor, University-wide Mentorship Award.

See all publications by Moyses Szklo