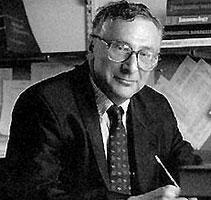 Autoimmunity is a major cause of human disease. In the United States, at least 15 to 22 million people suffer from an autoimmune disease. About two thirds of them are women. In its modern context, the concept of autoimmunity as a cause of disease was introduced in 1956 by Rose and Witebsky when they discovered that the human disease chronic (Hashimoto’s) thyroiditis could be reproduced in experimental animals by immunization with thyroglobulin, a major protein constituent of the thyroid gland. We now know that upwards of 80 human diseases affecting almost every organ in the body are related to autoimmunity. The primary goal of our laboratory has been to understand the etiology and pathology of autoimmune disease by studying both human patients and experimental animals. From our own studies and those of others we have learned that autoimmune diseases are caused by the interaction of genetic traits and environmental factors. Currently we are investigating inflammatory diseases of the heart muscle and myocarditis.

Myocarditis and its sequela, dilated cardiomyopathy, are a major cause of heart failure in young adults. In humans, these diseases usually follow a viral infection. Cardiac myosin is believed to be a major autoantigen in both human and murine virus-induced myocarditis. In our laboratory, we induce autoimmune myocarditis in genetically predisposed BALB/c mice by immunization with cardiac myosin peptide. Following the cardiac myosin immunization, mice develop cardiac lesions which, in addition to other infiltrating cells, are composed of abundant eosinophils and scattered giant cells, producing a picture similar to fulminant human myocarditis. At present, we are investigating the role of these cells as well as the role of antibodies and cytokines, IFN-gamma and IL-17 in particular, in regulating the disease process.