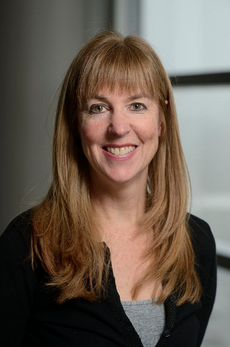 My interests center around the clinical, epidemiological, and policy aspects of vaccine preventable bacterial and viral infections of children. My primary research focus has been on the control of childhood respiratory diseases including with specific emphasis on the nasopharyngeal colonization, disease rates, serotype distribution and vaccine prevention of Streptococcus pneumoniae both domestically and internationally. In addition to my focus on pneumococcal disease control, is an interest in the epidemiology and control efforts (through vaccination of infants and mothers, use of biologics and risk factor reduction) for pneumonia, acute lower respiratory infections, meningitis and sepsis.  Pathogens of particular interest for me include RSV, influenza, group A Streptococcus and group B Streptococcus. Vaccine access to HPV and the policies supporting that access are an area of new interest.

My field work has focused on conducting large phase III IND trials of novel vaccines to control the above mentioned diseases, as well as phase IV studies of vaccine impact both domestically and globally.  I work with American Indian tribes to identify and assess interventions to reduce the disproportionate morbidity from infectious diseases in these populations.  Globally I work with researchers and public health officials in low-income countries of south Asia and Africa to assure that life-saving interventions are available and optimally implemented.  In addition to field based studies, my work has also included modeling of global burden of disease for these pathogens, strategic analyses that move research findings into the policy arena on the optimal use of vaccines, and more basic epidemiologic work on the role of pathogens and risk factors in the development of pneumonia.

I serve as the Executive Director of the International Vaccine Access Center and as a Senior Advisor for the Center for American Indian Health.  Presently I am a member of the Strategic Advisory Group of Experts (SAGE) advising the World Health Organization on global vaccine policy and serve on the Gavi Board representing the Technical and Research constituency.

1997: Food and Drug Administration Group Recognition Award.For meritorious service in the investigation of an international public health crisis which was associated with the contamination of pharmaceuticals by diethylene glycol.

See all publications by Katherine O'Brien