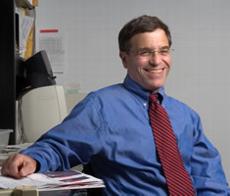 1. A major recent effort of the laboratory has focused on the development of a novel vaccine platform that has demonstrated an ability to elicit profoundly elevated and sustained humoral and cell-mediated immune responses. The initial target for this platform has been malaria. This target was chosen for three reasons: 1. This disease represents one of the major public health problems confronting the world today. 2. The infrastructure at the Johns Hopkins Bloomberg School of Public Health's Malaria Research Institute provides the tools necessary to carry this vaccine forward in mouse model systems, particularly an insectary and the availability of transgenic malaria strains enabling the testing of vaccine efficacy against human malaria targets in mice 3. The failure of the heavily funded, large scale clinical trial of the RTS,S malaria vaccine. This failure is, in my view, primarily attributable to the inability of this vaccine to elicit a sustained humoral immune response. 4. The ability to carry out direct challenge with drug sensitive malaria strains as part of Phase 1 clinical trials of the vaccine.

Our candidate vaccine fuses the vaccine antigen to a chemokine that targets the antigen to the immature dendritic cells that initiate the immune response. This vaccine construct elicits markedly elevated antibody concentrations that have been sustained at protective levels for 6 months in the mouse challenge systems, a time course previously unreported in this system. This finding of extended protection is of particular interest not simply because of its clinical relevance, but because it provides an opportunity to explore one of the critical questions of immunology and vaccine science in particular--the basis for extended immunological memory.

2. Use of a candidate vaccine platform for cancer immunotherapy.  Because of the marked efficacy of the vaccine platform in preventing malaria in mouse model systems, we are also evaluating its use as a therapeutic modality in mouse melanoma models.  Introducing some variations on the malaria vaccine approach, we have been able to extend survival 50% in treated mice.  We are expanding these studies for use in other cancer model systems and to apply this vaccine to novel approaches to cancer immunotherapy.