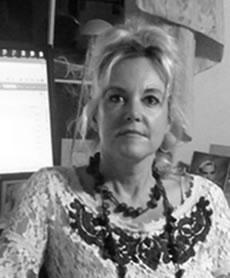 Toxoplasma gondii, a leading opportunistic pathogen in immunosuppressive conditions, is an intracellular protozoan that must live in a membrane-bound compartment in mammalian cells in order to survive. By entering into the confines of a cell, Toxoplasma, like its cousin apicomplexan parasite Plasmodium that is responsible for malaria, assures itself a ready source of nutrients and protection from immune confrontations. This luxury crucially relies upon the successful entry into a target cell and avoidance of host cell defenses such as acidification or endo-lysosomal hydrolases. Unarguably, Apicomplexa are highly competent to establish a nonfusiogenic parasitophorous vacuole (PV) that provides a balance between the subversion of host defenses and the parasite's anabolic needs.

Our current interest is in studying the strategies used by T. gondii and Plasmodium to exploit host cell resources and disarm host cell defenses. Because of the abundance of organic molecules within mammalian cells, Apicomplexa have lost many genes required for the biosynthesis of vital components. In return, novel genes promoting host nutrient scavenging have become essential, and these genetic replacements are a successful scenario in order to achieve pathogenicity. By initially focusing on the dependency of Toxoplasma for host lipids, we discovered that this pathogen critically relies on cholesterol derived from plasma lipoproteins. Interference with low-density lipoprotein endocytosis or cholesterol translocation from lysosomes arrests parasite development. My group has next uncovered the mechanisms of cholesterol delivery from host endocytic compartments to the PV.

Unexpectedly, Toxoplasma can sequester nutrient-filled host lysosomes within invaginations of the PV membrane, which allows access to components supplied by the endocytic network. These observations have refuted the previous dogma asserting the complete seclusion of the PV from the host vesicular transport system and identify a unique mechanism for unidirectional transport of mammalian organelles. In the long term, we will decipher the microbial genes and pathways involved in the co-option of host cell processes and organelles by T. gondii.

These studies are extended to the malaria parasite, and more precisely to the stage infecting hepatocytes. Indeed, although the Plasmodium liver forms achieve one of the fastest growth rates among all organisms, nothing is known about Plasmodium-hepatocyte interactions. An exciting possibility is that the pathogenic mechanisms underlying the remarkable host-parasite interface might represent targets for the development of therapeutic strategies against Apicomplexa infections.

Of interest, the original features provided by the study of intracellular pathogenesis offer a unique perspective to elucidate basic questions in mammalian cell biology. Indeed as our understanding of the cell biology of Apicomplexa expands, novel and unexpected questions are presented, reaffirming the position of these parasites as a model system. In particular, our research might shed light on the routes of cholesterol trafficking, microtubule dynamics, membrane bilayer deformation and organelle degradation for other biological systems.

See all publications by Isabelle Coppens