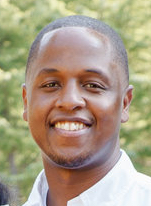 I graduated from Mississippi Valley State University (MVSU) in 2008 with a B.S. in Pre-Medicine & Computer Science. I received a Master of Science in Computer Science from Bowie State University in 2011 and a Doctor of Science in Computer Science from Bowie State University (BSU) in 2015. I’m currently a Sr. Research Associate at Johns Hopkins University supporting Nilanjan as a data scientist. I previously served as a Lead Data Scientist and Solutions Architect with Databricks where I supported data science solutions engineering for federal customers and developed genomics pipelines for their Public Sector and Health and Life Sciences (HLS) services organization. I was also a Research Professor at George Washington University (GWU) within the Department of Engineering Management and Systems Engineering and Department of Computer Science’s joint Data Analytics graduate program where I taught Data Science and Big Data Analytics courses. I joined the National Security Agency (NSA) in 2009 and worked there for nearly a decade where my final position was the Chief of Operations Data Science. I was hired into the Cryptologic Computer Science Develop Program (CDP), graduated from the CDP in 2012, and was the first African American to be accepted and to finish the program. I was a research fellow at Harvard-Massachusetts Institute of Technology (MIT) Division of Health Sciences and Technology (HST) in the Bioinformatics and Integrative Genomics (BIG) program in 2008. I was a Post-Graduate Research-Fellow with i2b2, National Center for Biomedical Computing, Brigham and Women’s Hospital, and Children’s Hospital Boston Informatics Program (CHIP) in conjunction with at Harvard Medical School.

2020 Board of Advisors, Bowie State University, Department of Computer Science

2020 Board of Advisors, Virginia Tech, Department of Electrical and Computer Engineering

Dr. Benjamin Harvey is currently a Sr. Research Associate at the Johns Hopkins Bloomberg School of Public Health in Baltimore, Maryland. He has a B.S. in Computer Science from Mississippi Valley State University and a M.S. and D.Sc. in Computer Science from Bowie State University. As a data scientist, Dr. Harvey specializes in assisting researchers and universities in prepping, processing, and analyzing genomic data by implementing scalable systems including Apache Spark, and tools like Hail, GATK4, ADAM, SparkSeq, and VariantSpark. Dr. Harvey has utilized these tools to provide high level APIs that simplify implementing algorithms for analyzing large genomic datasets including GATK pipelines hosted in the cloud on AWS and Azure at scale. His work has enabled researchers and universities to process data 15x faster with workflows optimized to run in parallel and easily launch and scale pipelines with a few clicks. Dr. Harvey has also developed capabilities that enable researchers to interactively explore and classify data with prepackaged genomic analytics (e.g., Joint Variant Calling, GWAS, eQTL, etc.) and machine learning. He has developed capabilities to analyze hundreds of thousands of genomes while minimizing costs with autoscaling on AWS and Azure. This includes seamlessly connecting processed genomic data with downstream analytics for faster results. He has also developed solutions to enable researchers, computational biologists and bioinformaticians to iterate in real-time with collaborative workspaces in Databricks. This includes exploring data efficiently with familiar languages – SQL, R, Python, Java, and Scala and standardizing genomic workflows across teams to improve reproducibility.