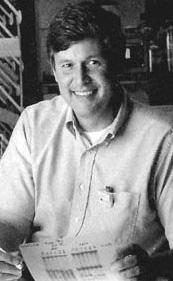 Human adenoviruses serve as one of the primary model systems for the study of eukaryotic molecular biology. For example, RNA splicing was discovered in studies of adenovirus gene expression, adenovirus DNA was the first eukaryotic DNA for which an in vitro DNA replication system was available, and the first described antagonist of apoptosis is an adenovirus protein. Recently, recombinant adenoviruses has also attracted attention as vectors for immunization against diverse pathogens. Research in my laboratory includes projects both on basic adenovirus biology and on the use as adenoviruses as vaccines for diseases that affect the developing world.

Adenovirus biology. All viruses closely regulate viral gene expression. In addition, they commandeer, inhibit, or modify a wide variety of physiological processes that occur in normal cells. The object of these events is to increase the efficiency of virus production, a strategy ultimately reflected in pathogenesis in an infected individual. In the case of adenoviruses, most regulatory genes and genes responsible for modification of host cell physiology lie in portions of the genome expressed early in infection, called 'early regions'. One of the adenoviral early regions is early region 4 (E4), which covers about 3000 base pairs at the right end of the viral genome and expresses at least five regulatory genes. Our particular interest to us is E4 34k, the protein produced by E4 open reading frame 6 (E4 ORF6). E4 34k performs its biological functions as a complex with another adenovirus protein, E1b 55k. Together, these proteins roles in widely diverse processes in adenovirus-infected cells, including the expression of viral late genes, viral DNA replication, prevention of virus-induced apoptosis, inhibition of DNA damage signaling, and inhibition of the non-homologous end joining (NHEJ) pathway of DNA repair. It has been shown recently that the E4 34k/E1b 55k complex mediates at least some of its activities by functioning as the substrate-specificity module of an SCF-type E3 ubiquitin ligase, targeting a small number of host cell proteins for ubiquitination and degradation in infected cells. Four targets have been identified, most with obvious relevance to known functions of E4 34k. For example, the ubiquitin ligase mediates degradation of DNA ligase IV, which accounts for the inhibition of NHEJ. However, based on the phenotypes of E4 mutants, we believe that other targets remain unknown and we are attempting to identify additional ubiquitin E3 ligase targets by proteomic methods. The results of these studies will provide a more complete understanding of E4 34k function, and may highlight new strategies employed by viruses to co-opt host cell mechanisms for the purposes of the virus.

Adenoviruses as vectors for immunization. Adenoviruses have been used as vectors both for gene therapy and for vaccination in numerous studies in animals and humans. They show particular promise for vaccination. For example, in mice, a single injection of a defective adenovirus expressing a rodent malaria surface protein induces sterile protection in some animals and an overall 93% inhibition in liver stage development (Rodrigues, et al., 1997. J Immunol, 158, 1268-74). Most candidate adenovirus vaccines employ vectors which do not replicate in the immunized person. The immunization regimens envisioned for non-replicating adenovirus vaccines require multiple injection over several months and such vaccines therefore suffer from cost and logistical problems similar to those that hinder use of conventional vaccines in the developing world. In contrast to non-replicating vaccines, replicating (live) vaccines against adenovirus respiratory disease developed and licensed by the United States military in the late 1960s induce high levels of protection after a single, inexpensive oral dose. The object of our vaccine research effort is exploitation of live oral adenovirus immunization technology to immunize against diseases that exact their greatest toll in the developing world, including malaria, cervical cancer caused by HPV, and dengue. Multiple approaches to immunization with live recombinant are being pursued, including expression of full-length antigenic proteins from free-standing genes inserted into the viral genome, to the display of short antigenic epitopes on the surface of the viral capsid. Several of our recombinants have been shown to be highly immunogenic in mice and are entering tests for protective efficacy in rodents and non-human primates.