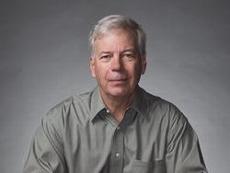 Research interests in my laboratory focus on the biochemical and molecular mechanisms involved in the induction of cancer by chemicals to serve as a basis for the prevention, interruption or reversal of these processes in man. One of the major mechanisms of chemical protection against carcinogenesis, mutagenesis and other forms of toxicity mediated by carcinogens is the induction of enzymes involved in their metabolism, particularly enzymes such as glutathione S-transferases, UDP-glucuronosyl transferases and NAD(P)H:quinone reductase that facilitate the detoxication and elimination of carcinogens. Furthermore, animal studies indicate that induction of these cytoprotective enzymes is a sufficient condition for obtaining chemoprevention and can be achieved in many target tissues by administering any of a diverse array of naturally-occurring and synthetic chemical agents. Our work utilizes animal and cell culture models to elucidate mechanisms of inhibition of aflatoxin hepatocarcinogenesis by dithiolethiones such as oltipraz, isothiocyanates such as sulforaphane and triterpenoids such as CDDO-Im. While induction of glutathione S-transferases clearly play an important role in chemoprevention of aflatoxin hepatocarcinogenesis, ongoing studies are seeking to identify additional genes induced by these agents. The Keap1-Nrf2 signaling pathway is activated by these classes of chemopreventive agents and leads to a broad elevation in the expression of genes that attenuate oxidative stress and inflammation among other actions. Their contributions to protection against carcinogenesis are under investigation.

A practical goal of our research has been to develop the tools to test the hypothesis that enzyme induction is a useful strategy for chemoprevention in humans unavoidably exposed to carcinogens in the vectors of air, water and food. Our past efforts have focused on the roles of dietary aflatoxin and hepatitis B virus infection in Qidong, China, an area endemic for hepatocellular carcinoma. We have conducted clinical chemoprevention trials of oltipraz and other agents in Qidong. The initial randomized, placebo-controlled intervention of oltipraz demonstrated an increased excretion of aflatoxin-mercapturic acid, a derivative of the aflatoxin-glutathione conjugate, in the urine of participants receiving oltipraz. This study highlights the general feasibility of inducing Nrf2-regulated enzymes in humans. With economic development leading to dietary changes, exposures to aflatoxins have been dropping dramatically, as are now rates of liver cancer. Our follow-up trials are evaluating more effective agents targeting Nrf2 signaling and are focused on emerging risks, notably those associated with exposures to high levels of air pollutants in this Yangtze River basin area. Our latest intervention with a broccoli sprout beverage has demonstated a rapid and sustained increase in rates of detoxication of pollutant carcinogens and irritants.

Selected publications from the past 5 years.

See all publications by Thomas Kensler