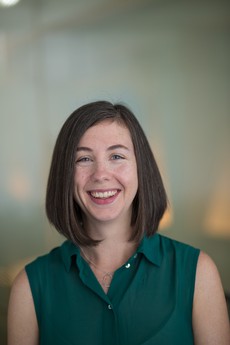 African sleeping sickness, or human African trypanosomiasis, is a devastating human disease affecting sub-Saharan Africa. It is fatal if left untreated, existing drugs are extremely toxic, and the economic burden of sleeping sickness, along with its zoonotic counterpart, nagana, is estimated to be at least 1.5 billion USD per year. The causative agent of both human and animal trypanosomiasis is Trypanosoma brucei, a protozoan parasite covered by a dense variant surface glycoprotein (VSG) coat. The highly antigenic VSG is so densely packed on the parasite cell surface that it effectively obscures all other antigens from immune recognition. Under normal circumstances, this would ensure quick recognition and clearance of the parasite, but T. brucei has evolved a mechanism for antigenic variation during infection in which the parasite can turn on and off VSG-encoding genes from a genomic repertoire of ~2000 different genes. As the VSG expressed by a population of parasites is recognized by the immune system and then cleared, a minority of parasites will “switch” their VSG coat, turning on a new, and likely antigenically distinct, VSG. These “switchers” will then be recognized by the immune system, but not before another set of parasites will have turned on another VSG and escaped immune clearance. This pattern results in periodic waves of parasitemia characteristic of T. brucei infection.

In textbook depictions of antigenic variation, each of these waves is typically represented as a single or limited number of VSGs, suggesting that infection proceeds through the ordered expression of individual variants. Recent work (Hall et al., 2013; Mugnier et al., 2015) has shown, however, that T. brucei parasites express a huge diversity of VSGs at any given time during an infection. These findings suggest that the parasite's genome-encoded VSG repertoire is insufficient to maintain the sometimes years-long infections observed in the wild. Instead, diversification of the genomic VSG repertoire, both through the mutation of individual VSGs and recombination among sets of VSGs, is critical to sustaining a chronic infection.

With this in mind, our goal is to use bioinformatics and other high-throughput approaches to better understand the dynamics of antigenic variation and the mechanisms driving VSG diversification in vivo.

Some questions we are currently studying:

• What role do extravascular parasites play in antigenic variation and immune evasion?

• How do mosaic VSGs form, and how often?

• Can point mutations in VSGs play a role in parasite immune evasion?

Select publications reflecting the interests of our lab:

See all publications by Monica Mugnier