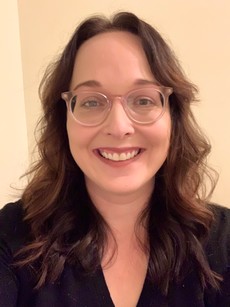 Rosemary Morgan is an Assistant Scientist at Johns Hopkins Bloomberg School of Public Health in the Department of International Health, with a joint position in the School of Nursing. She has expertise in gender, gender analysis, and intersectionality. She currently leads the Sex and Gender Analysis Core for the NIH funded Sex and Age Differences in Immunity to Influenza (SADII) Center. In addition, she works as a gender advisor on RADAR, an initiative developing tools to assist in the implementation of measurement approaches for maternal, neonatal, and child health and nutrition programs. She previously led “Research in Gender and Ethics (RinGs): Building Stronger Health Systems”, a project which brought together four research networks encompassing 17 institutions across 25 countries in a partnership to galvanize gender and ethics analysis in health systems research.

Prior to joining Johns Hopkins Rosemary was a Lecturer in Global Health Policy for the Global Public Health Unit (GPHU) at the University of Edinburgh, and a Research and Teaching Fellow at the Nuffield Centre for International Health and Development at the University of Leeds, where she worked on two international health projects: HESVIC - Health System Stewardship and Regulation in Vietnam, India and China, and CHEPSAA – Consortium for Health Policy and Systems Analysis in Africa.

She holds a PhD in International Health and Development from the University of Leeds, where she explored HIV/AIDS prevention policy processes within faith-based non-governmental organizations (NGOs) in Tanzania.

Rosemary currently teaches a course on Gender Analysis in Health Research and Interventions at JHSPH. She also co-instructs the online course Health Systems in Low and Middle Income Countries and teaches on the Research Methods in Health Systems course.

While at the University of Edinburgh Rosemary was the Program Director for MSc Global Health and Public Policy and the course convener for Population Health and Health Policy, and Human Rights and Health at GPHU. She has experience teaching on a number of different global health courses, including health systems and sexual and reproductive health.

Nominated and selected for list of Canadian Women Leaders in Global Health, CSIH, 2018

Selected for list of 300 Women Leaders in Global Health, The Graduate Institute, Geneva, 2014

See all publications by Rosemary Morgan