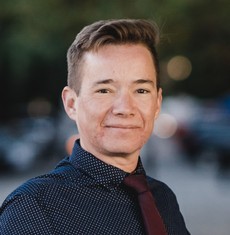 Dr. S. Wilson Beckham's (he/him) research focuses on socio-structural influences on health, and social and behavioral interventions. He uses implementation science approaches to ensure evidence-based interventions reach populations most in need. His research has been mainly on prevention and treatment of HIV/AIDS, especially among key populations in the epidemic, including sex workers, men who have sex with men, people who use drugs, and transgender populations. His research is currently focused on the implementation of HIV prevention technologies such as pre-exposure prophylaxis (PrEP) among cisgender and transgender female sex workers, and the intersections of reproductive health and HIV/AIDS. He also co-teaches courses on domestic and global LGBTQ health, and is particularly interested in the health of transgender and gender diverse people.