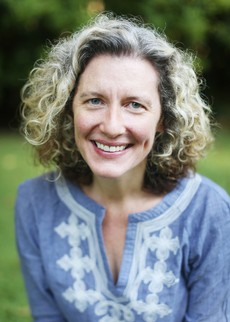 Dr. Gurley has worked in public health research in Bangladesh since 2003, and she spent 12 years at the icddr,b (International Center for Diarrheal Diseases Research, Bangladesh) where she led the Surveillance and Outbreak Investigation Unit, and served as Director of the Program on Emerging Infections. She worked closely with the US CDC and the Government of Bangladesh to establish national surveillance for meningo-encephalitis, respiratory infections, acute gastroenteritis, acute hepatitis, and hospital acquired infections, with a focus on developing junior scientists.

Dr. Gurley leads multi-disciplinary studies on the transmission, burden and epidemiology of a variety of emerging and vaccine preventable diseases, taking into account the ecological context in which human disease occurs. Her interests include improving the communication and collaboration between field epidemiologists and infectious disease modelers and development of novel surveillance and outbreak detection strategies. She has been working to describe the ecology and epidemiology of Nipah virus since 2004, including identifying transmission pathways and drivers of person-to-person transmission, and designing and testing interventions to prevent human infection. She currently serves on WHO's Nipah Virus Taskforce, advising on the research and development of medical countermeasures.

Her research adopts a One Health approach to the study and prevention of infectious disease, taking into account the ecological context in which human disease occurs. Emily is the Co-Director for the Child Health and Mortality Prevention Surveillance (CHAMPS) site in Bangladesh, aiming to determine the etiology of and prevent child deaths. She also works closely with the US Centers for Disease Control and Prevention’s Global Disease Detection program.