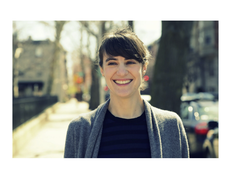 My research is in causal inference and epidemiologic methods. Broadly, I am interested in developing methods for and describing the behavior of traditional statistical machinery when standard assumptions are not met. I have worked on characterizing the bias that results from misclassification, i.e. violations of the assumption that variables were measured accurately. I have also worked on semiparametric estimation of instrumental variables models, as these models are useful for certain violations of “no unmeasured confounding” assumptions. Currently, my main focus is on developing new methods for statistical and causal inference in the presence of interference (when one subject’s treatment may affect other subjects’ outcomes) and for social network data; both of these represent violations of assumptions of independence among observations.

or skillful research on causal inference.)

University. (Awarded for the highest score on the doctoral qualifying exam.)