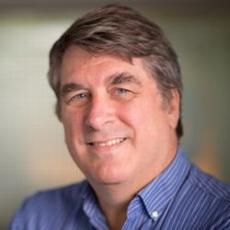 Scott Radloff is trained in demography, sociology and economics and is a Senior Scientist at the Bill & Melinda Gates Institute within the Department of Population, Family and Reproductive Health, Johns Hopkins Bloomberg School of Public Health. He joined the Department in 2013.

Dr. Radloff is the Director of PMA2020, an innovative program that recruits women from their communities and trains them to use smartphone technologies to collect household and facility level data on a quick-turnaround, low-cost, and routine basis. The program is designed to collect family planning data, but has been expanded to encompass water/sanitation, maternal/newborn, primary health care, and nutrition data as well. The program is being implemented in 11 countries in Africa and Asia and has trained and deployed over 1,700 female resident enumerators. Dr. Radloff also co-teaches a masters-level course in Family Planning Policies and Programs offered third term.

Before joining the Department, Dr. Radloff was the Director of USAID’s Office of Population and Reproductive Health, within the Bureau for Global Health. During his 7-years in this capacity, he oversaw over a technical staff of 60 and a project portfolio of 30 centrally-managed global agreements, and operational programs in more than 40 countries. He led the development of a strategic budget for allocating resources to high-need countries and a plan for graduating advanced countries. He represented USAID in the development of the “Ouagadougou Partnership” in cooperation with the Government of France (and with the Gates Foundation and Hewlett Foundation) that coordinates family planning investments in a high-need region of the world. He also led USAID’s planning and contributions to the London Summit on Family Planning in 2012. His term as Director, capped a 30-year career at USAID where he focused on data collection, program evaluation, and policy development.

2014 Distinguished Career Service Award, recognition for 30 years of USAID service including directing the Office of Population & Reproductive Health for 7 years

2008 Superior Accomplishment Award for Special Acts and Suggestions, for serving over a 20-month period as Director of two offices in the Bureau for Global Health

2003 George C. Marshall Award, highest Agency award given to a civil servant, for designing and implementing an approach for managing the incremental metering of funds for bilateral and central family planning programs over a 4 year period,enabling all programs to continue operations without disruption.