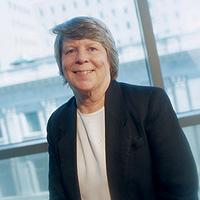 Alphaviruses and acute encephalitis ¡X Alphaviruses are transmitted by mosquitoes and cause encephalitis in mammals and birds. We study Sindbis virus, an alphavirus that causes encephalitis in mice. The outcome of Sindbis virus infection is determined by the virulence of the virus, the age of the mouse at the time of infection, the genetic background of the mouse and the immune response. Sindbis virus infects neurons in the brain and spinal cord and causes apoptosis of neurons and fatal disease in young animals but not in older animals. Mature neurons are protected from induction of cell death and become persistently infected. More virulent strains of Sindbis virus kill mature neurons through improved virus replication and by inducing an pathologic immune response. A gene on chromosome 2 is an important determinant of susceptibility to fatal encephalitis.

In nonfatal disease, antibody is a primary mechanism by which virus is cleared from the nervous system. In addition, interferon-gamma produced by T cells can decrease virus replication in some populations of neurons also by an noncytolytic mechanism. Clearance of infectious virus occurs within 7-8 days without harming the infected cells.  However, it takes several weeks to decrease the levels of viral RNA to a low level that is persistent. We are determining the mechanisms of noncytolytic clearance of virus and viral RNA from neurons.

Measles virus, immune response, and vaccines ¡X Measles is an important cause of childhood morbidity and mortality, partly due to increased susceptibility to other infections caused by virus-induced immune suppression. Monocytes, lymphocytes, epithelial cells and endothelial cells are infected during measles.  Infectious virus is cleared during the rash phase of illness, but viral RNA is cleared slowly over months. We are studying the effect of the immune response on clearance of measles virus and RNA in infected humans and rhesus macaques.  We are also studying the immune response to a variety of measles vaccines delivered both parenterally and by aerosol to identify the determinants of protective immunity.