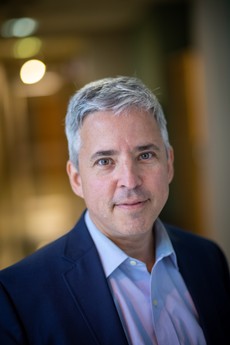 Dr. Alexander is a Professor of Epidemiology and Medicine at the Johns Hopkins Bloomberg School of Public Health, where he serves as founding co-Director of the Center for Drug Safety and Effectiveness and Principal Investigator of the Johns Hopkins-FDA Center of Excellence in Regulatory Science and Innovation (JH-CERSI). He is a practicing general internist and pharmacoepidemiologist and is internationally recognized for his research examining prescription drug utilization, safety and effectiveness. The author of over 275 scientific articles and book chapters, and he has published regularly in leading scientific journals, serves on several editorial and advisory boards and is a frequent speaker on pharmaceutical utilization and policy. In addition to expertise conducting survey-based investigations, Dr. Alexander also has extensive experience with the analysis of secondary data sources including administrative and pharmacy claims and large national surveys. Dr. Alexander received his B.A. cum laude from the University of Pennsylvania, an MD from Case Western Reserve University, and a Master of Science from the University of Chicago.

2011 Elected Fellow of the American College of Physicians (FACP)

2008 Department of Medicine Research Award (awarded to trainee for mentored research; also received by mentored trainees in 2009 and 2010)

Select Scientific Publications (of over 275 total)

See all publications by Caleb Alexander