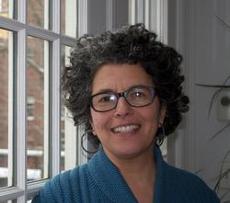 We study the sporozoite stage of Plasmodium, the infective stage of the malaria parasite. Sporozoites make an impressive journey, from the midgut wall of the mosquito where they emerge from oocysts, to their final destination in the mammalian liver. Using classic biochemistry, mutational analysis, and in vitro and in vivo assays, we aim to elucidate the molecular interactions between the parasite and its mosquito and mammalian hosts that make this journey possible.

The questions we are currently investigating:

What happens to sporozoites in the skin after they are deposited by infected mosquitoes? Until recently, little was known about this early stage of infection. Using a rodent malaria model we have determine that the typical innoculum is between 10 and 200 sporozoites, with a mean of 123 (Medica et al., Infect Immun 2005). Further work demonstrated that the majority of sporozoites remain at the injection site for hours and exit in a slow trickle into the bloodstream (Yamauchi et al., Cellular Microbiol 2007).  We are now interested to determine whether there is a host response to sporozoites in the skin, the proportion of the innoculum that is destroyed and the mechanism(s) by which this occurs.

Structure-function studies of the circumsporozoite protein. The circumsporozoite protein, or CSP, is the major surface protein of the sporozoite and the basis of the only malaria vaccine in Phase III clinical trials. Despite this, our understanding of how CSP functions in the life of the sporozoite is limited. Work from our laboratory has shown that CSP is proteolytically processed by a parasite-derived cysteine protease during hepatocyte invasion (Coppi et al., J Exp Med 2005). Processing is triggered when sporozoites contact the highly sulfated heparan sulfate proteoglycans in the liver, which serves as a signal to the sporozoite that it has arrived in the liver and to switch from a migratory to an invasive state (Coppi et al., Cell Host & Microbe, 2007). This signal is transduced, in part, by a calcium-dependent protein kinase. Generation of sporozoite mutants with targeted deletions in CSP demonstrates that CSP has two conformational states, an adhesive conformation in which the C-terminal cell-adhesive domain is exposed and a nonadhesive conformation in which the N-terminus masks this domain (Coppi et al., J Exp Med 2011). As the sporozoite travels from mosquito midgut to the mammalian liver, N-terminal masking of the cell-adhesive domain maintains the sporozoite in a migratory state. Once in the liver, proteolytic processing of CSP regulates the switch to an adhesive conformation and sporozoites invade hepatocytes and develop into the next life cycle stage. We are continuing these studies and generating new mutants to better understand how the N-terminus of CSP functions, the role of the central repeat region and the identity of the hepatocyte receptor for the C-terminal cell-adhesive motif.

The role of parasite proteases in the establishment of malaria infection. Our work on CSP and another sporozoite adhesin, TRAP, demonstrates the vital role that parasite proteases play in sporozoite motility and infectivity. We are actively working to identify the CSP protease and have expanded our work to dissect the function of other Plasmodium serine and cysteine proteases expressed by pre-erythrocytic stages. Using both conventional and conditional mutagenesis to generate protease mutants and dissecting their phenotype, we hope to identify critical proteases required for progression through the pre-erythrocytic stage. Ultimately the goal of this work is to screen inhibitors of critical proteases and validate them as drug targets.