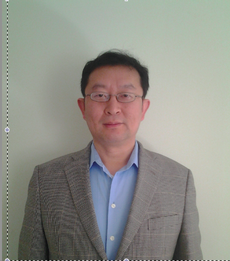 The long-term goal of the Wang laboratory is to determine how epigenetic codes, including patterns of DNA methylation and combinatorial patterns of simultaneously occuring histone modifications, are established and how this establishment goes awry upon environmental stimuli, thereby contributing to human diseases (such as cancers and autoimmune diseases).

Toward our goal, we have strived to develop both high throughput epigenomic profiling techniques, including ChIP-seq (Cell 2007) and novel computational algorithms (ACE-mapping (Genome Biology 2015), NORED and MethylMosaic (under review)). The ChIP-seq method opens a new Epigenomic era (Baylin and Schuebel, Nature 2007, 448,548-). Subsequently, we have characterized the human histone methylome (20 histone methylations; Baski et al., Cell, 2007 (as co-first auther)) and histone acetylome (18 histone acetylations; Wang et al., Nature Genet, 2008). It is the data sets of this stripe that allows us to decode the "histone code" that different histone modifications, including histone acetylations and methylations, may modulate gene activity in a combinatorial way, potentially acting as different "codes." We identified numerous combinatorial patterns that are associated with different genes and a "backbone" composed of 17 active marks to regulate  the expression of more than 3000 genes (Wang et al., Nature Genetics, 2008), reviewed in (Wang et al., Curr Genet and Dev, 2009; Dai and Wang, Curent Environmental Health Reports, 2013). These combinatorial patterns and the backbone provide the first glimpse of what kind of "histone code" in the human genome. Also see debates in (Campos and Reinberg Annu. Rev. Genet. 2009 43, 559-; and Rando and Chang Annu. Rev. Biochem 2009 78, 245).

To further understand how these combinatorial patterns are established, we focused on combinatorial acetylation patterns that are regulated by two groups of enzymes, histone acetyltransferases (HATs) and deacetylases (HDACs), with antagnizing functions. We used ChIP-seq to examine the distribution patterns of HATs and HDACs in the human genome. Surprisingly, we found that corepressor HDACs bind to active genes with histone acetylations but not silent genes (Wang et al., Cell, 2009), changing the long-held OLD dogma with "corepressor HDACs for silent genes and coactivator HATs for active genes." The significance of related novel discoveries was recently reviewed in (Perissi et al., Nat Rev Genet 2010, 11, 109-). Currently, we are working on how acetylation patterns being regulated/estaablished and how they engaging in transcription initiation/elongation. Eventually we want to establish a new model that we called “dancing with the enemy" to understand how the association of both HATs and HDACs with active genes regulates gene expression. The insights of aforementioned processes in normal cells will help to understand how abnormal acetylation patterns reprogram gene expression, thus contributing to the pathogenesis of environmental diseases/cancers. Lastly but significantly, our insights of the crosstalk between acetylation patterns and methylation patterns from (Wang et al., Cell 2009) have prompted Lee et al., (Cell 2010, 142, 682-) to proposed "the language of histone crosstalk" as an alternative of "histone code."

In the Wang laboratory, we take advantage of our developed high throughput methods including ChIP-seq, RNA-seq, and BS-seq (bisulfite sequencing). Recently, we began to work on single-cell RNA-seq to tackle some really interesting questions. These global strategies allow us to make a final conclusion based on the genome-wide analysis data.

See all publications by Zhibin Wang