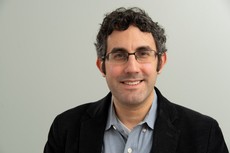 I am interested in the interface between science and policy, and the application of a multidisciplinary lens to solve public health and environmental problems associated with the food system.  My research aims to generate the scientific evidence needed to support decisions that mitigate human exposures to chemical and microbial hazards associated with food production.  In addition, I am committed to ensuring that the findings of my research are presented to legislative and regulatory policymakers, public health practitioners and members of the general public in a form that is accessible and useful.

My involvement in the field of public health and the risk sciences spans more than ten years, and includes experiences working in two federal agencies on issues related to toxicology and chemical risk assessment.  My research of food system issues (including antibiotic misuse and arsenic-based drugs) uses a multidisciplinary approach to identify and characterize public health risks that can be addressed through modifications to production practices.

I have published in high-profile publications documenting public health risks stemming from veterinary drug use in industrial food animal production.  My work has been highlighted by national television, radio, print and internet media outlets, including ABC, CNN, CBS Radio, Comedy Central, NPR, the New York Times, the Washington Post, USA Today, the Guardian, the Baltimore Sun, and the San Francisco Chronicle.  My research has twice been covered/parodied on the Colbert Report with Stephen Colbert, illustrating its spread into the public consciousness.

My research interests include: the public health and environmental consequences of industrial food animal and crop production; chemical and microbial food safety; risk assessment and communication; regulatory approaches to synthesis of scientific evidence in decision-making; and transparency in federal rulemaking.

A sampling of recent publications: