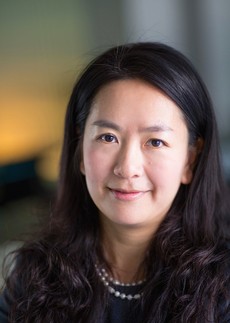 For a full list of publications and their citations, please see my Google Scholar page

Dr. Liu is a population health researcher interested to study and address leading causes of child mortality. She has multidisciplinary background in medicine, reproductive/maternal/child health, epidemiology, biostatistics, and demography. Currently, her research applies interdisciplinary quantitative strategies to 1) measure and estimate all-cause and cause-specific child mortality, 2) strengthen civil registration and vital statistics (CRVS) systems to improve child mortality, and 3) investigate biosocial etiologies of leading causes of child mortality. As the COVID-19 pandemic is raging on, Dr. Liu has also become interested to study mortality associated with COVID-19 among vulnerable populations. Dr. Liu practices to disseminate evidence to reduce child mortality due to leading causes, and advocates to improve child survival. She also teaches introductory and advanced quantitative population health and demographic methods. Dr. Liu currently serves as the Lead of Population and Health Area of Interest in her department and the Associate Director of university wide Hopkins Population Center.

Dr. Liu has been investigating methodological and substantive issues to improve the estimation and estimates of all-cause and cause-specific child mortality, particularly in settings with inadequate CRVS, and has been generating high impact scientific evidence in this area. She has also been working on strengthening CRVS in low- and middle-income countries. Dr. Liu has recently started some new research causes of adolescent mortality and mortality associated with COVID-19. She continues to investigate misclassification between neonatal deaths and stillbirths. She has also been studying the complex and joint effects of biosocial etiologies of leading causes of child mortality.

Dr. Liu has published 52 peer-reviewed articles and 65 publications. Among them, Dr. Liu first-authored 21 and served as the corresponding/senior author of 15. Many of her publications appeared in leading journals, such as The Lancet. According to Google Scholar, Dr. Liu’s publications have collectively received nearly 18,000 citations to date, with an H-index of 30 and an i10-index of 46. Her research and opinions have been reported by major media outlets, such as New York Times, BBC News and the Time magazine. Dr. Liu is a regular consultant to international agencies and foundations, e.g. UNICEF, WHO, the World Bank, and BMGF. Her research has been and continues to be supported by multiple funders including BMGF, Daniel L. Klein Foundation, Global Affairs Canada, Johns Hopkins University, National Institute of Health, and WHO.

Selected peer-reviewed publications from 58 papers published to date. Those include 47 peer-reviewed papers, 4 invited articles or editorials, and 7 chapters/monographs/books. Dr. Liu has first-authored 20 of the publications. Twenty of Dr. Liu's publications appeared in The Lancet or its affiliated journals. According to Google Scholar, by April 18, 2020, Dr. Liu's publications have received 15,288 citations with an h-index of 27 and an i10-index of 42. For a full list of her publications, please see Dr. Liu's Google Scholar page: https://scholar.google.com/citations?user=rAGt1VsAAAAJ&hl=en. * contributed equally; ‡ I am the corresponding/senior author