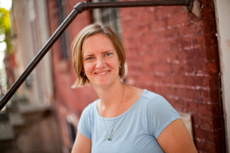 My research draws from interdisciplinary perspectives and uses qualitative and quantitative methods to understand and address the social and structural context of health behavior and disease transmission, with particular emphasis on issues related to HIV transmission, drug use, and mental health. I also spend a lot of time at the intersection of research and practice working to understand and address HIV and substance use in Baltimore and across the state of Maryland. Current research, practice, and teaching priorities include: 1) applying social and infectious disease theory to understand the overlap between network social resources, social stability, and HIV transmission to inform interventions to address HIV and well-being among marginalized populations, 2) informing efforts to understand and address the health and social needs of marginalized communities, including those living in poverty, sexual and gender minorities, persons of color, and those at greatest risk for HIV transmission, 3) collaborating with local and state health departments to understand drug use and related services from the perspective of people use drugs and stakeholders to inform next steps to enhance the landscape of available resources.

Margaret Bright and Herman Binder Fund Award for devotion to students in the Department of Health, Behavior and Society, 2012

See all publications by Danielle German