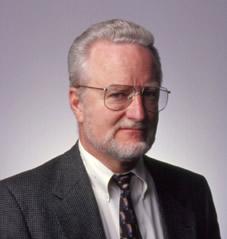 I use the epidemiologic framework to explain the risk factors, natural history, and consequences of major mental disorders. I also take the sociologic approach to understand the occurrence of the subset of bizarre behaviors that generally are labeled as psychiatric disorders. In the area of psychiatric epidemiology, I have conducted research on the incidence and natural history of schizophrenia using data from psychiatric case registers in several locations around the world. Recently this work has focussed on the epidemiology of autoimmune diseases and their relationship to risk for autism, schizophrenia, and bipolar disorder. This has led to a current project I am leading with investigators at the Maryland Psychiatric Research Center: a double blind randomized controlled trial of gluten withdrawal as treatment for schizophrenia in persons with antibodies to gluten.  I have investigated common mental disorders, such as major depressive disorder and the anxiety disorders, in the context of the Baltimore Epidemiologic Catchment Area Followup, which is now in the field for a 35 year followup wave of assessments. A somewhat surprising finding from that study was the degree to which major depressive disorder was predictive of the new occurrence of important physical conditions such as type 2 diabetes, heart attack, and stroke. In the current wave the focus is on lifelong predictors of cognitive decline and functional impairment.

I have selected four books and the initial publication describing the NIMH Epidemiologic Catchment Area Program.

See all publications by William Eaton