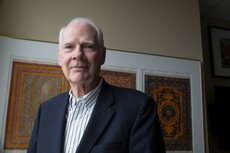 Ron Manderscheid, Ph.D., serves as the Executive Director of the National Association of County Behavioral Health and Developmental Disability Directors. The Association represents county and local authorities in Washington, D.C., and provides a national program of technical assistance and support. Concurrently, he is Executive Director of the National Association for Rural Mental Health, Adjunct Professor at the Department of Mental Health, Bloomberg School of Public Health, Johns Hopkins University, and Adjunct Professor, School of Social Work, University of Southern California. Dr. Manderscheid serves on the boards of the Cosmos Club, the Employee Assistance Research Foundation, the Danya Institute, the Council on Quality and Leadership, the NASMHPD Research Institute, and the National Register of Health Service Psychologists. He also serves as the Co-Chair of the Coalition for Whole Health. Previously, he served as the Director of Mental Health and Substance Use Programs at the Global Health Sector of SRA International and in several federal leadership roles at the U.S. Department of Health and Human Services. Throughout his career, he has emphasized and promoted peer and family concerns.

Dr. Manderscheid is a former Member of the Secretary of Health and Human Services Advisory Committee on Healthy People 2020, Past President of the Federal Executive Institute Alumni Association (FEIAA) Foundation, Past President of FEIAA, past Chair of the American Public Health Association (APHA) Mental Health Section and a past member of the APHA Governing Council. He has also served previously as the Chairperson of the Sociological Practice Section of the American Sociological Association, as President of the Washington Academy of Sciences and the District of Columbia Sociological Society, and as President of ACMHA: The College for Behavioral Health Leadership.

Recently, he co-edited a new text, Outcome Measurement in the Human Services: Cross-Cutting Issues and Methods in the Era of Health Reform, and contributed to a second new text, Public Mental Health. Previously, he served as principal editor for eight editions of Mental Health, United States. He has also authored numerous scientific and professional publications on services to persons with mental illness and substance use conditions. He serves on the Editorial Board and prepares a periodic blog for Behavioral Healthcare Executive.

Dr. Manderscheid is a regular keynote speaker at industry functions and has received numerous awards for his contributions to the fields of mental health and substance abuse including: