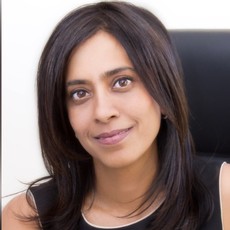 A majority of Dr.Brahmbhatt’s research career has focused on prevention of HIV infection and assessing the impact of HIV infection in children and women in sub-Saharan Africa. Her over 15 years of work in Rakai has focused on studies examining: risk factors for mother-to-child HIV transmission (MTCT) and child mortality; long-term trajectory of survival of infants born to HIV+ mothers compared to HIV- mothers; the association of co-infection of HIV and placental malaria on MTCT and birth outcomes; the role of breastfeeding mother-to-child transmission of HIV and better ways to estimate that risk and inform current debate on breastfeeding policy for HIV-positive mothers; and the association of infections during pregnancy such as STDs, HIV and malaria with pregnancy and child health outcomes. She has led studies examining the impact of HIV/AIDS and ART on the long term trajectory of childhood outcomes such as morbidity, mortality, growth and development, nutrition and neurodevelopmental outcomes; a study assessing how individuals’ and couples’ desires for pregnancy and/or family limitation are affected by and affect concerns about their risks of HIV infection in Rakai, Uganda. Similar work in Ethiopia was focused on evaluating the integration of family planning services into existing voluntary counseling and testing HIV centers and assessing the impact of this integration of services on contraceptive use rates, high risk behaviors and knowledge and attitudes about HIV and STI prevention. Her work in Asia focused on a prospective study of drug users in Delhi, India where effectiveness of a three component injecting drug use intervention (risk reduction and health stabilization, HIV-VCT and STI diagnosis and treatment, drug treatment with oral Buprenorphine) was being evaluated. In addition, she was involved in evaluating Pakistani and Afghani drug use patterns among injecting drug users in Pakistan after the US-Afghan war. To assess the impact of human trafficking on the health of women, she was involved in a study in north eastern China assessing the impact of forced migration on sexual and reproductive health of North Korean women living as a hidden population in China.

Her research experience working with children and adolescents in South Africa includes a randomized pilot study assessing the feasibility and acceptability of a cash transfer program aimed to improve school attendance and access to youth health facilities among adolescents in an urban, disadvantaged setting; a prospective study on young women titled “Injectable Contraception and HIV/HSV-2 Incidence in Young South African Women” and most recently, a randomized study on HIV and TB prevention "Active Case Finding Testing and Linkage to Treatment and Improved Survival (ACTTIS)" in South Africa.

The publications below provide the range of studies which I believe had a significant public heath impact and also demonstrate my interests in HIV prevention and child health and women's reproductive health.