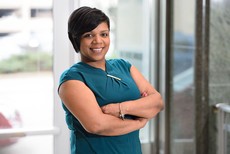 Dr. Furr-Holden is an epidemiologist with expertise in drug and alcohol dependence epidemiology, psychiatric epidemiology and prevention science. Her research areas include methodological issues surrounding the design and evaluation of interventions including sampling, program modeling, and innovative statistical and evaluation approaches; measurement of drug and alcohol use disorders; and innovative methods to prevent and reduce health inequalities, with a focus on behavioral health inequalities. Dr. Furr-Holden is also an expert in environmental approaches to violence, alcohol, tobacco and other drug prevention. She has worked with local and national policy makers to improve data driven decision-making and include ‘health in all policies’. She currently maintains a portfolio of research focused on ameliorating health inequalities in substance abuse and treatment and environmental strategies to prevent and reduce community violence.

While broad in scope, Dr. Furr-Holden’s research foci are grounded in the rubrics of epidemiology and psychometrics. She initiated the Drug Investigations, Violence and Environmental Studies Laboratory (The DIVE Studies Lab).

2006   Presidential Early Career Award for Science and Engineering, Office of the White House

In 2005, I initiated the Drug Investigations, Violence and Environmental Studies Laboratory (The DIVE Studies Lab) at The Pacific Institute for Research and Evaluation. In 2007, the group moved to The Johns Hopkins Bloomberg School of Public Health Department of Mental Health. In 2016, I became one of the C.S. Mott Endowed Professors of Public Health at the Michigan State University College of Human Medicine Division of Public Health at the Flint, Michigan campus. I continue to work closely with grass roots community and academic partners in Baltimore on public health research and activism, including seminal research on alcohol regulation and violence prevention.

See all publications by Debra Furr-Holden