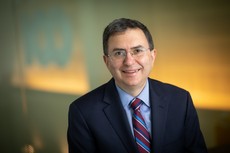 Dr. Sharfstein is Vice Dean for Public Health Practice and Community Engagement, director of the Bloomberg American Health Initiative, and Professor of the Practice in Health Policy and Management. Previously, he served as the Secretary of the Maryland Department of Health and Mental Hygiene, the Principal Deputy Commissioner of the U.S. Food and Drug Administration, as Commissioner of Health for Baltimore City, and as health policy advisor for Congressman Henry A. Waxman. He is an elected member of the National Academy of Medicine and the National Academy of Public Administration.

I have written on a wide range of public health topics. Here are a few examples.