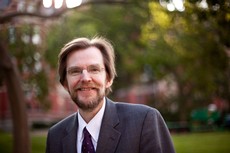 Dr. Holtgrave is currently the Dean, Distinguished Professor, and SUNY Empire Innovation Professor at the School of Public Health, University at Albany, State University of New York; he is also appointed as an Adjunct Professor with the Department of Health, Behavior and Society at Johns Hopkins Bloomberg School of Public Health (the Department he Chaired from 2005 to 2018 when employed full time at Hopkins).

Dr. Holtgrave's research has focused on the effectiveness and cost-effectiveness of a variety of HIV prevention and care interventions (including the provision of housing as a structural HIV/AIDS intervention), and the relationship of the findings of these studies to HIV prevention policy making. His scholarly works include over 325 professional publications. He has served on an Institute of Medicine panel charged with recommending methods to improve the public financing and delivery of HIV care in the United States. Dr. Holtgrave has also previously served as the Director of the Division of HIV/AIDS Prevention -- Intervention Research & Support at the US Federal Centers for Disease Control and Prevention (CDC). During President Barack Obama's Administration, Dr. Holtgrave served as a member and then Vice-Chair of the Presidential Advisory Council on HIV/AIDS (PACHA).

The following five publications gave a sampling of some recent research focused on ways to change the course of the HIV epidemic in the United States and to address health disparities across and among communities most disproportionately impacted by HIV.