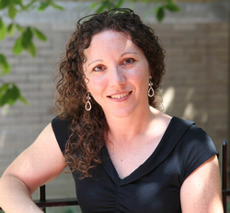 Primary research interests include the epidemiology and pathogenesis of HIV/AIDS and the effects of HIV infection and treatment on women's reproductive health.

Dr. Golub is Principal Investigator of the data management and analysis center for both the MACS/WIHS-Combined Cohort Study, a multicenter prospective cohort study of over 5,000 older men and women with and without HIV in the US, and the Study of Treatment and Reproductive outcomes (STAR), a multicenter prospective cohort study of 2,000 women of reproductive age, with and without HIV in the US. She previously served as Data Center multi-PI for the Women's Interagency HIV Study (WIHS), the largest ongoing prospective cohort study of HIV among women in the U.S., as well as Director of the Epidemiology/Biostatistics Core for a NIH-funded program project to study HIV susceptibility and pathogenesis in the female genital tract. She was also co-investigator for the Center for the Analysis and Management of the Multicenter AIDS Cohort Study (MACS), a nationwide cohort study of HIV-infected and uninfected men, and with the Epidemiology/Biostatistics Core for the North American AIDS Cohort Collaboration of Research and Design (NA-ACCORD).

In addition to her research endeavors, Dr. Golub has taught courses in Epidemiologic methods since 2007, at both JHSPH as well as the Krieger School of Arts and Sciences. She has taught in face-to-face, online, and blended formats. She holds a Master of Education degree from Johns Hopkins, and is Director of the school's Online Programs for Applied Learning (OPAL), a suite of master's degree and post-baccalaureate certificate programs that are 100% online and offered part-time, in order to accommodate working professionals in public health. In addition, Dr. Golub serves as a member of both the school's Committee on Academic Standards and the Center for Teaching and Learning Advisory Board, as well as the University's Committee on Online and Part-Time Education and the Academic Programs Continuity Working Group.