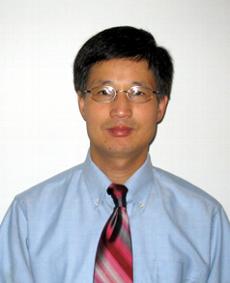 Serum testosterone levels decrease with age in both human and rat males. Using a rat model, we found that this age-related decrease results from the reduced ability of Leydig cells to produce testosterone. Our objective is to determine what causes Leydig cells to become hypofunctional with respect to steroidogenesis with age. We found that after the aged Leydig cells are eliminated by an injection of ethane dimethanesulfonate, a "young" population of Leydig cells is restored in the aged rat testis. This suggests that there may be a biological "clock" in these cells to control their own aging, instead of extrinsic factors in the testis to influence their aging (i.e. steroidogenically hypofunctional). In the following experiments we found that Leydig cells aging process can be delayed significantly by keeping the cells functional quiescence. These both observations are very consistent with the current hypothesis that accumulation of free radical damages of DNA, proteins and/or lipids are involved in cell aging process. Recently, we have made several very important discoveries that not only help forward our understanding of age-related reduction in Leydig cell steroidogenesis, but also help us to understand general aging as well. First, we found that old Leydig cells reduced their ability to response to a very important pituitary hormone, LH. This reduction does not result from reductions in LH receptor, G protein nor adenylyl cyclase, but instead, it may be related to the reactive oxygen species mediated damages of cell membrane lipids. This suggests that in the aging process not all damages in the cell influences the cell function equally. The damage of key process may do more harm to cell than other relative unimportant components. The damage of LH receptor-cAMP cascade, a key process in Leydig cells, may result in changes in the down stream sterodogenic machinery, ultimately, causing these cells to become ‘steroidogenic hypofunctional’.