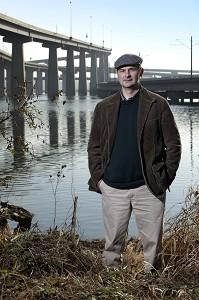 Thomas A. Burke, PhD, MPH, is the Jacob I and Irene B. Fabrikant Professor and Chair in Health Risk and Society at Johns Hopkins University Bloomberg School of Public Health, Department of Health Policy and Management. He holds joint appointments in the Department of Environmental Health Sciences and the School of Medicine Department of Oncology. He is also Director of the Johns Hopkins Risk Sciences and Public Policy Institute. Dr. Burke was nominated by President Barack Obama to serve as EPA Assistant Administrator for the Office of Research and Development. From January 2015 until January 2017 Dr. Burke was the EPA Science Advisor and Deputy Assistant Administrator for Research and Development. His research interests include environmental epidemiology and surveillance, evaluation of population exposures to environmental pollutants, assessment and communication of environmental risks, and application of epidemiology and health risk assessment to public policy. Before joining the University faculty, Dr. Burke was Deputy Commissioner of Health for the State of New Jersey and Director of Science and Research for the New Jersey Department of Environmental Protection. In New Jersey, he directed initiatives that influenced the development of national programs, such as Superfund, the Safe Drinking Water Act, and the Toxics Release Inventory. Dr. Burke served as a member of the National Academy of Sciences Board on Environmental Studies and Toxicology. He was Chair of the National Academy of Sciences Committee on Improving Risk Analysis that produced the report Science and Decisions, and chaired the NAS Committee on Human Biomonitoring for Environmental Toxicants and the Committee on Toxicants and Pathogens in Biosolids Applied to Land. He also served on the NAS Committee on the Toxicological Effects of Methylmercury. He is a Fellow of the Society for Risk Analysis and a lifetime National Associate of the National Academies. He was Inaugural Chair of the Advisory Committee to the Director of the CDC National Center for Environmental Health and a member of EPA Science Advisory Board and Board of Scientific Counselors. Dr. Burke received his BS from St. Peter's College, his MPH from the University of Texas and his PhD in epidemiology from the University of Pennsylvania.

2006 Society for Risk Analysis - Fellow of the Society

In recognition of outstanding contributions to Risk Analysis

In recognition of extraordinary service to the National Academies

1995 Homer Calvert Award and Lecture, in recognition of contributions to the field of environmental health. Environmental Health Section of the American Public Health Association.